Blaupunkt has introduced the Brisbane SD48, a new car radio that replaces the traditional CD drive mechanism with a full array of up-to-date digital music technologies. For personal music playback, the radio accommodates a wide range of contemporary digital audio storage media, including SD/MMC cards, portable MP3 players and cellphones, thumb-drives, and external hard drives. It also features a Blaupunkt's exclusive Variocolour display with 4,096 colors that can be adjusted to match the lighting of nearly any car interior. 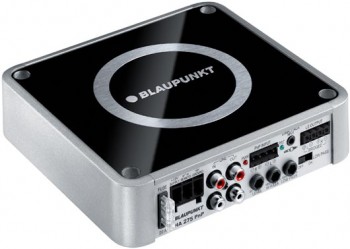 The Tesla Roadster, the first high performance electric sports car, will be shown at the Blaupunkt booth at the Consumer Electronics Show in Las Vegas, January 7-10. The development team at Tesla Motors has been working with Blaupunkt's engineering staff for the past two years to optimize the audio systems for use in an electric vehicle. 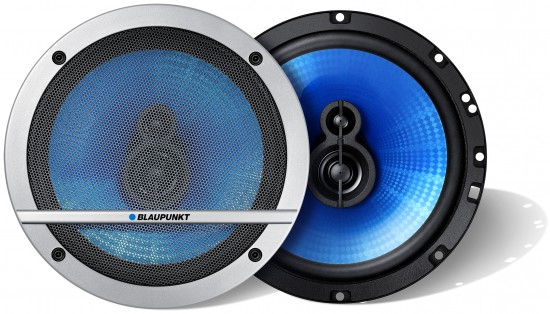 Back in the 1980s, Blaupunkt launched its first car audio speakers under the name "Blue Magic", a line that was further developed and produced into the 1990s. This widely-acclaimed series stands for innovation, quality and good sound. Now the successor of this legendary speaker series is coming onto the market. The new "Blue Magic" design stands out with high-quality magnet covers, additional vent openings for the voice coil, striking 6-head screws and inlaid metal grills as speaker covers. What's more, Blaupunkt is launching a new range of active subwoofers with Class D amplifiers…

Blaupunkt, the car electronics division of Robert Bosch Corporation, has introduced a digital-savvy car radio designed to give users uninterrupted access to vast libraries of digital audio files on MP3-CD's and USB flash drives and large-format portable hard-drives. Unlike most car stereos, where MP3 playback is interrupted when searching digital play lists, the Blaupunkt New Orleans MP58 offers no-interrupt browsing capability of file menus and ID3 tag information without interfering with playback of the current track. 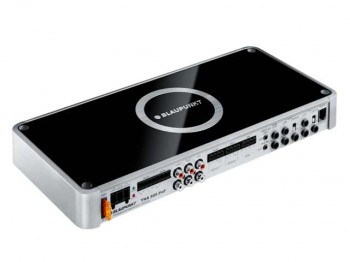 Blaupunkt will display its full line of Plug and Play (PnP) amplifiers and vehicle-specific wiring harnesses at the 2008 CES here today. The company's exclusive PnP technology allows consumers and installers to add aftermarket amplification to nearly any vehicle in under fifteen minutes with no cutting, crimping, stripping, or soldering whatsoever. The PnP line consists of four amplifier models, and a selection of 40 car wiring harnesses that accommodate over 2000 US market car models.

With its new "Toronto 420 BT" model, Blaupunkt provides for seamless and straightforward connectivity of all mobile devices to a car radio. iPhone and iPod certified, the unit is particularly connectively-friendly, offering Bluetooth, a USB slot, an audio input on the front of the unit, the SD card reader behind the detachable front panel, and a CD player. There is an additional USB slot on the rear of the radio. External devices – such as smartphones, mass storage devices or MP3 players – can be quickly and easily connected to the radio…

Blaupunkt presents its Car Audio Range 2010 at the AMICOM 2010 trade fair. Apart from the latest car radios San Francisco 300 and Toronto 400BT the new loudspeaker and amplifier models of the GT series which has been successful for years and sold a million times will be presented. Completely new within the product portfolio (product range) are the powerful loudspeakers and subwoofers of the GT Power series.

The first AMICOM trade fair in Leipzig from April 10 to 14 expects more than a hundred manufacturers of the in-car entertainment, communication and navigation technology…

Blaupunkt will introduce a broad line of aftermarket car audio products at CES 2008. These will include five new in-dash car audio receivers, two new power amplifiers, and new line of colorful antennas, with most items delivering to dealers in the first quarter of 2008.

This new line of car audio receivers consists of four CD AM/FM receivers and one SD AM/FM receiver with a front-panel SD card slot in lieu of a CD mechanism. They offer exceptional music playback capabilities from variety of music sources including MP3 CD-R/RW players, high-performance AM/FM tuners, auxiliary inputs for the connection of portable devices, and some models with USB inputs and Bluetooth capabilities… 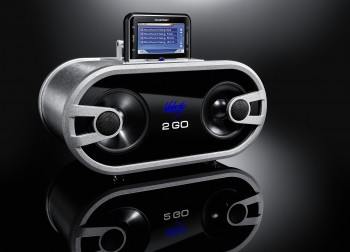